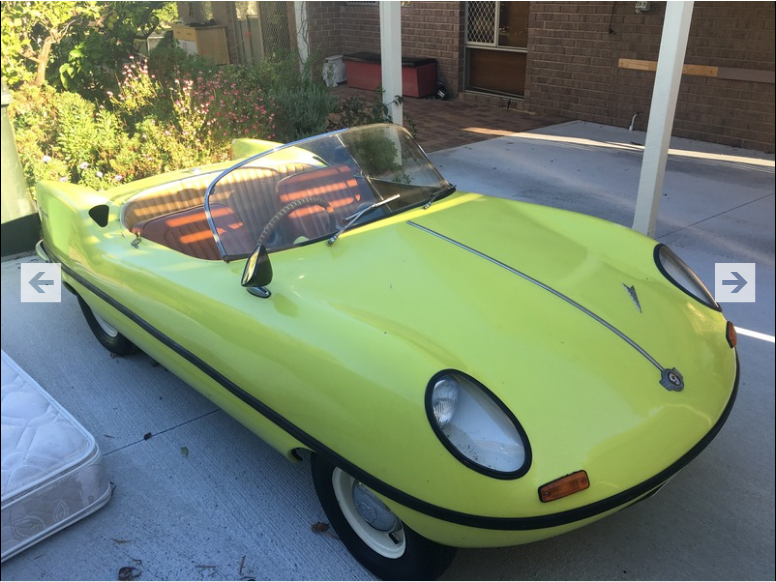 Cars that set new standards for advanced design exist mostly in the distant past and among them are some that achieved renown not only for what they were but for how little they cost.

Such examples of ‘affordable’ transport enabled millions throughout the world to acquire and maintain a car and enjoy the freedom of independent transport.

These trendsetting designs quite often sold by the millions, but 50-100 years later they have become scarce and rarely remain affordable.

Here are ten designs that to various extents changed the automotive world and do survive in reasonable numbers. Too bad that today they cost vastly more than their original selling prices.

Henry Ford’s Model T is the car that put the world on wheels. Perhaps not the entire world, but certainly parts of it where roads were rough and repair shops almost non-existent. At a time when increasing numbers of people wanted personal transport the Ford was tough and simple if not affordable. At introduction in 1908 a Tourer cost a hefty US$875 but by 1927, with 15 million sold and Ford symbols appearing everywhere, the price had plummeted to US$290. There or thereabouts is where T Models would stay for several decades and until enthusiasts began to realise just how rapidly the population of usable cars was diminishing.   NEW (1927) A$550 NOW $20-35,000

Britain had been building small, cheap cars since 1919 when World War 1 soldiers came home looking for work.  Based around motorcycle engines, these ‘cyclecars’ were flimsy and cramped and became obsolete overnight once Herbert Austin’s Seven arrived. With four seats and a 747cc engine, the ‘Baby’ Austin offered proper family transport yet cost little more than its rudimentary rivals. To save on production cost and weight the bodies were often made from fabric, stretched across wooden framing and painted with waterproof gel that was also used on aircraft. They didn’t last as long as steel panels though and most survivors from the 290,000 made are steel bodied. NEW (1929) A$260 NOW $15-20,000

Someone at Citroen decided during the 1930s that the company needed to build a car that could be loaded with eggs and driven across a ploughed field without damaging any of its cargo. Original Deux Chevaux (two horsepower) Citroens had tiny 375cc engines and a top speed of 70km/h. Capacity increased over time until it reached 602cc and top speed made 95km/h. 2CVs sold briefly in Australia during the 1950s and were the cheapest four-door cars in our market. However, buyers here didn’t take to the quirky shape and incredible amount of wheel travel with accompanying body roll.  Today if you want a 1980s Charleston version with flashy two-tone paint the cost will be considerably more. NEW (1955) A$1592 NOW $20-25,000

VOLKSWAGEN BEETLE 1949-2007 The Volkswagen or ‘People’s Car’ was meant to reach production in the 1930s but its principal backer, a Mr Hitler, decided to fund a war instead. VW’s factory was captured in 1945 by British forces and instead of burning it to the ground they sportingly helped the German workers resume

production. Fifteen million cars later there would have been some in the British car industry still believing it was a dumb thing to do. Volkswagens began selling in quantity to Australia during the 1950s and proved their worth by winning several long-distance Trials. They were even manufactured here for several years before reverting to full import. Early cars with their distinctive oval rear windows are today scarce and expensive.  NEW (1955) A$1786 NOW $25-30,000

Switching from wartime production to peaceful pursuits can’t be easy when all you know is how to build fighter aircraft. However, the Messerschmitt factory in Regensberg which survived World War 2 would during the 1950s turn its skills to building cars that were to all intents the centre section of a warplane with two front wheels and a tiny engine driving the single rear wheel. Tandem seats allowed the car to take two at a squeeze but the extra weight took a toll on performance as well. Several hundred were sold in Australia and a fully restored, three wheeled Kabinroller will today exceed $35,000. If that seems excessive, consider the US$322,000 paid some years back for a rare four-wheeled TG500 Tiger version. NEW (1957) $1300 (est) NOW$35-40,000

Fiat for reasons unknown decided when launching its 500D in 1957 that it needed to be known as the Nuova (or ‘new’) 500, This was to differentiate the compact, rear-engined and thoroughly modern shape from the company’s previous 500 which had the engine up front and looked like a seriously-shrunken US Plymouth.  The new Fiat was an amazing car, as sales of more than 3.4 million would attest, and did very well in Australia where it undercut the dominant Volkswagen Beetle. As a collectible the Nuova has continued do exceptionally well and today sells for many times its original price. NEW (1970) A$1380 NOW $20-25,000

More than 60 years have passed since the launch of BMC’s Mini and during the decades since its 1959 appearance no automotive design has exerted greater influence. The Mini was simple, efficient and cheap. At launch into Australia during 1961, a basic 850 cost $1550 and literally made every other light car in the market obsolete. Even before the arrival of a twin-carburettor Cooper version, Minis were being raced and finishing ahead of bigger, notionally faster cars. Early 850s today survive in surprising numbers but values continue to increase. NEW (1962) A$1550 NOW $16-20,000

Bill Buckle, who later in life would become one of the country’s most successful Toyota dealers, owes his success in large part to the smallest sports car built in Australia. Using mechanical components from the Goggomobil cars he imported from Germany and bodywork produced in Sydney, Buckle between 1959 and 1962 made more than 700 of the fibreglass-bodied Dart.  Being shaped like a boat and impervious to rust gave some Darts a second life once their usefulness as cars came to an end. Half-buried and populated by weed and fish they became water features in suburban front gardens. NEW (1959) A$1196 NOW $25-30,000

BOND BUG 1970-74 Three-wheeled cars were a craze that beset Britain and parts of Europe but had little effect in Australia. Being taxed as a motorcycle in some overseas jurisdictions, the three-wheelers were cheap to register, park and run. However, by 1970 the appeal had faded, leaving manufacturer Bond Cars with the task of moderising a design that dated back to the 1950s. It succeeded with a shape

that could have come from one of television’s popular sci-fi series and cheekily named its new wedge-shaped car the Bug. Sales of the radical design remained disappointing though and just 2270 were made during four years production. Only a handful came to Australia as personal imports, but survivors do attract significant money.  NEW (1970) A$1761   NOW $25-30,000

Honda had been selling twin-cylinder, two-door sedans since the 1960s but took until 1971 to clothe its hard-working 354cc engine in a funky new body. Designated 360Z but better known as the Zot, Honda’s around-town rocket was cheap to buy, would cruise at 100km/h and used just 6 litres of fuel every 100 kilometres. The little Honda also cost less than $2000, came in bright colours and included advancements such as disc front brakes, rear hatch access and a tachometer redlined entertainingly at 9000rpm. Few survive but they can bring 3-4 times new price. NEW: A$1798   NOW $5000-8000