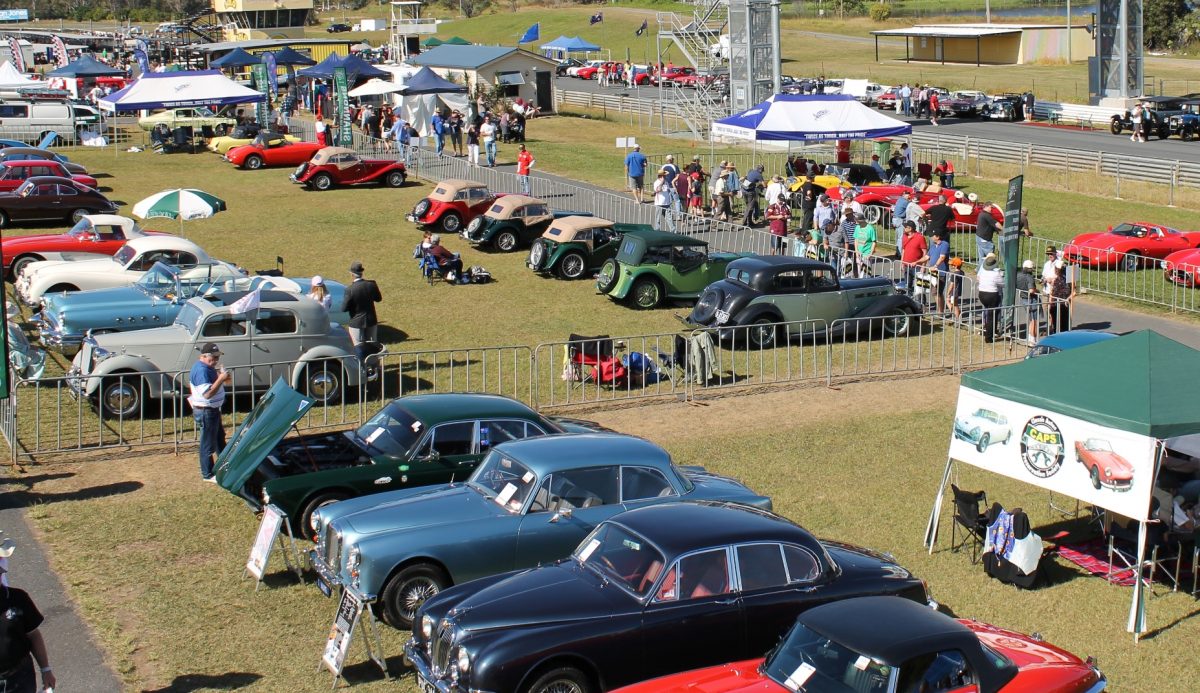 On almost any weekend somewhere in Australia there will be a park, playing field or cow paddock sparkling with perfectly-polished cars and a sign carrying the words ‘Car Show Today’.

More than a million Australians own ‘special’ cars and a decent proportion will spend at least some of their lives, polishing, preparing and exhibiting their vehicle. So let’s look at what is happening at a car show, Display Day or Concours D’Elegance. How can spectators enjoy the spectacle without causing harm to themselves or exhibitors’ precious lumps of shiny metal?

It has been unkindly said that a definition of insanity is spending thousands of dollars and hundreds of hours preparing a car just to win a $25 trophy. However, the value of the prize is immaterial, it is the prestige of achieving an exceptional standard in vehicle presentation and having your efforts acknowledged that counts.

Concours d’Elegance (literally ‘contest of elegance’) events have been held since the 1920s and their popularity has spread from Europe across the world. The most famous is probably the Pebble Beach event held annually on a golf course in Monterey, California.

Cars can be judged in categories or outright against an exacting set of criteria. Some events assess presentation only, others take ‘authenticity’ into account. Authenticity is the degree to which a car matches exactly the way it left the production line; correct paint and trim colours and materials, mechanical components and accessories vital to minimising points loss.

Shows that attract Modified vehicles or ‘street machines’ will take an opposite view. Cars that win here will invariably have different engines, customised body and even chassis components and striking combinations of trim and paint. All have one thing in common though; an owner who is dedicated to perfection.

In years past it was common for owners to undertake almost every aspect of a restoration or modified vehicle construction in their home garage. Standards have now reached such extreme levels that owners are unlikely to have the skills or equipment to build a vehicle that will snare one of those coveted $25 trophies.

What To Do (And Not) At The Car Show

. Look Don’t Touch. No matter how silky and smooth a car’s paintjob might appear, it won’t be enhanced by grime or food residue from spectator fingers. If someone does accidentally touch a car and leave a mark – DO NOT try to wipe it off yourself. Tell the owner who will have the correct polishing cloth or a judge.

. Don’t Sit Or Lean On Someone Else’s Car. It seems like common-sense but some show-goers can’t resist the temptation to pose while leaning against or even with their child sitting on someone’s pristine vehicle for a photo opportunity.

. Don’t Bring Your Dog. A lot of shows will have signs that say No Pets and some people just ignore them. Dogs cannot ask to be taken to the toilet, some also like to mark their territory and someone’s carefully-polished wheel will seem to Fido as good a place as any.

. Don’t Smoke, Eat or Drink Anywhere Near Display Vehicles. Again, car shows will display signs directing visitors not to do these things but they are often ignored.

. Don’t Show Your Ignorance.  Judges are frequently amused by overheard comments from ill-informed spectators. Unless you are a genuine authority and know that the ‘expert commentary’ you are sharing with those around you is absolutely correct, please SHUT UP. Also, NEVER make derogatory remarks about someone’s car. They might be standing nearby and considerably larger than you are.

If you are in the market for a car similar to those on show, directly approaching an owner may not be well-received.

Instead, ask someone to point out the Event Secretary or another club official, introduce yourself and ask if they know of any members or exhibitors who may have a car for sale.