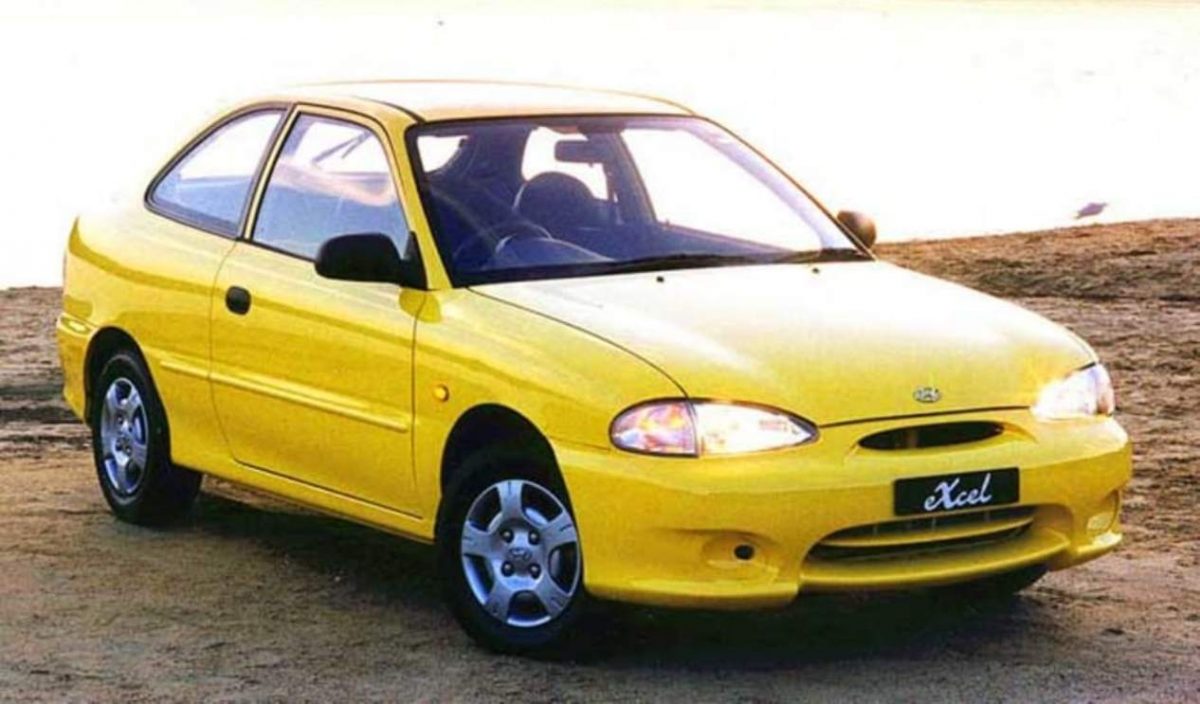 The X3 series Excel that arrived here during 1994 fixed most of the things that Hyundai had been getting wrong since the brand’s 1988 debut.

Where older Hyundais were angular in appearance, the X3 had a rounded shape that said ‘let me be your friend’ to a predominantly female market. The 1.5-litre engine with revised cylinder head produced 66kW of power and performance even with three-speed + overdrive automatic transmission was reasonable. In cars with the five-speed manual gearbox, 0-100km/h took 12 seconds and fuel consumption averaged a frugal 7.2L/100km.

New colours included an extremely bright green and watermelon pink with lurid seat trims to match and ensured that Hyundais would never again blend into the background.

Power steering was standard on the $18,690 LX sedan and optional on the slightly cheaper GX three-door Hatch. The top-of-the-line GLX came with power front windows and mirrors plus central locking. While front seat accommodation is good for a budget-priced car, the rear passenger space offers minimal leg and headroom.

Handling and brakes are reasonable for this class and paying extra for a power-steer car is worthwhile. Hyundais came with a three year warranty and one that was dealer serviced for at least its first few years is preferable to a car without verifiable history.

Base-model Sprints in good condition can be found very cheaply but the better choice if you can afford $2500 or a bit more will be a well-maintained GX or even GLX.

Excels were the epitome of the ‘light’ car but still tough enough for a lot to have been converted into entry-level circuit racers. Crash damage in road versions can leave poorly aligned panels and fading, peeling paint so take a good look before even beginning a test drive.

Manual cars have a somewhat notchy gearshift, so careful gear selection is needed. The pedals are a little cramped and the hip-hugging seats won’t suit larger drivers. Make sure in two-door cars that the seat backs still lock in place after being tilted to admit rear-seat occupants.

The trim suffers sun damage and wear to seat edges. The ‘fluro’ colours also suffer from sun-bleaching. Standard stereos with cheap speakers are `buzzy’ but many cars in the market will have after-market CD changers and uprated speakers. Fit an engine immobilizer as Excels are easy cars to steal.