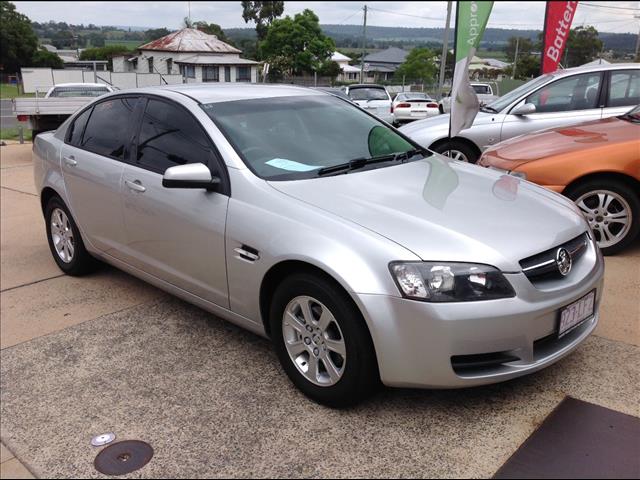 The VE Commodore was the most important new Holden since the original 48-215. During 2006 when the reshaped and totally re-engineered VE was announced, General Motors globally was in financial trouble and there were rumblings within the industry that Holden would fold unless the new Commodore succeeded. How right they turned out to be.

Sales nonetheless were obligingly strong with VE Commodore deliveries during 2006-08 totalling almost 165,000 cars. Little wonder that so many survive and good ones in the used market can be found at less than $5000. If you need to spend a little less, a basic car in decent mechanical condition with paint and trim flaws costs less than $3000.

Early VEs used an uprated version of the 3.6-litre ‘Alloytec’ engine that produced 180kW. Engines in the SV6 had 195kW. Most VEs used five-speed automatic transmission, however six-speed manual was optional.

The base-level Omega which replaced the VZ Executive came with decent levels of equipment including power windows and mirrors, a CD system and electric seat adjustment. Air-conditioning was listed as optional but virtually every Omega available today will have it.

Step up to a better-equipped Lumina and the list grew to include factory air-con, alloy wheels and a multi-function steering wheel. There were also dual-fuel (LPG and petrol) versions of this model and the Omega.

Because so many of these cars would be sold new to fleet buyers, safety features were important and included airbags. traction control and anti-lock brakes. Improved structural integrity and provision for side-front airbags demanded some design compromises with the most obvious being thick front pillars that cause visibility problems.

The VE had been released without a station wagon in the range but that was corrected in 2008 when the Sportwagon was introduced. Unlike previous Commodore wagons, the Sport model shared its wheelbase with the sedan. It also featured a lower roofline and Holden admitted that cargo space was down by 40 percent on the preceding VZ.

Fuel economy was a major priority for Holden’s engineers and tests revealed they had done a decent job. Automatic Omegas weighed 1690kg but averaged 11.2L/100km. Gentle highway use could see consumption dipping towards a frugal 8L/100km.