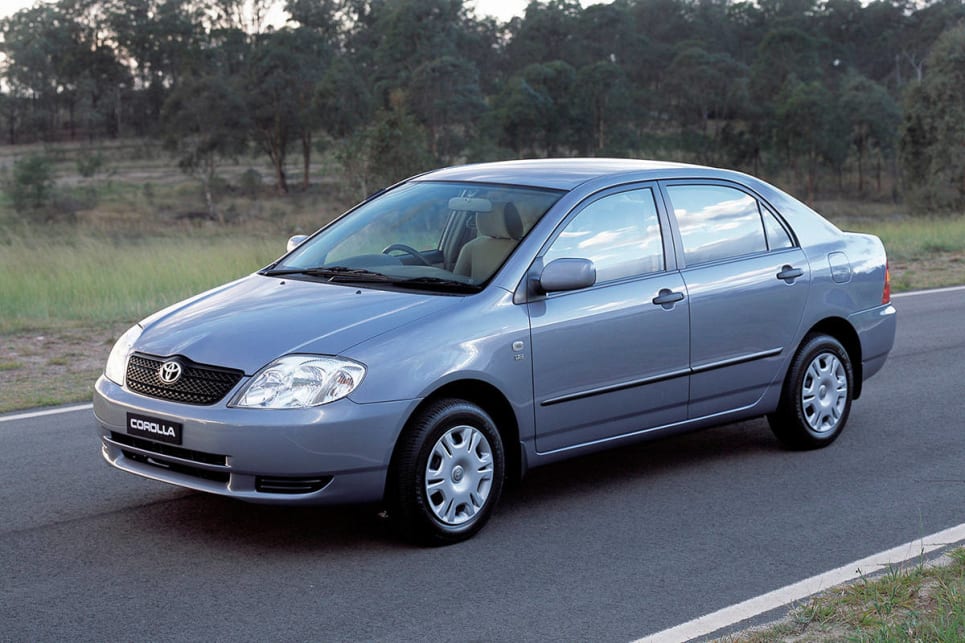 Toyota’s decision to switch its top-selling Corolla from local assembly to full import did nothing to blunt buyer appeal.

Imported Corollas remained at the top of their segment and when the restyled ZZE122R model appeared in 2001, Toyota ensured the entry-level Ascent manual remained below $20,000.

Introduced originally in 2000, the Ascent sold in big numbers and earlier cars are easily found in the sub-$5000 price bracket. This model used the same 100kW engine as more expensive Conquest and included power steering, central locking (remote from 2002), electric mirrors and a driver’s airbag.

Air-conditioning was listed as an option but most cars had it fitted from new. ‘Air’ was standard in the Conquest and so were power front windows.

The Corolla’s cloth seats look flat and bland but work well and don’t tire the driver on long journeys. The Hatch has a cover to keep the boot area separate from the passengers. It can be removed and the seat lowered to provide a roomy load area.

Automatic versions will reach 100km/h in under 11 seconds and should deliver Urban economy in the 8.5-9L/100km range. Manual cars run 0-100km/h in 9.7 seconds and will slip below 8L/100km around town, with sub 7s achievable on the highway.

Ascents of this age sit on relatively skimpy 175/70 tyres yet handle well despite their lack of rubber. Rear disc brakes and ABS came with the optional Safety Pack which also included a passenger airbag and seat-belt pre-tensioners.

In addition to its standard safety features, the Corolla is an inherently strong cars and these attributes helped the entire range score Four Stars in their ANCAP evaluation.

The 16-valve engine is almost indestructible and with regular servicing should exceed 300,000 kilometres before needing a rebuild. Front constant-velocity joints will likely start clattering at 120-150,000 kilometres but aren’t expensive to replace. A 100,000 kilometre cam-belt change is required as well.

Rear hatch supports will often need replacement in older Corollas so get someone to provide added support while you check the sub-boot for rust and that the spare wheel is still in place.

Many Corollas were sold new to fleet buyers and car rental businesses and may have led hard lives. Check the original delivery documents and whether the service book has been completed. Asking prices for cars in very similar condition can very significantly, so shop around and be prepared to move on if a car appears overpriced.

. haphazard servicing (some owners believe Corollas can go forever without it)