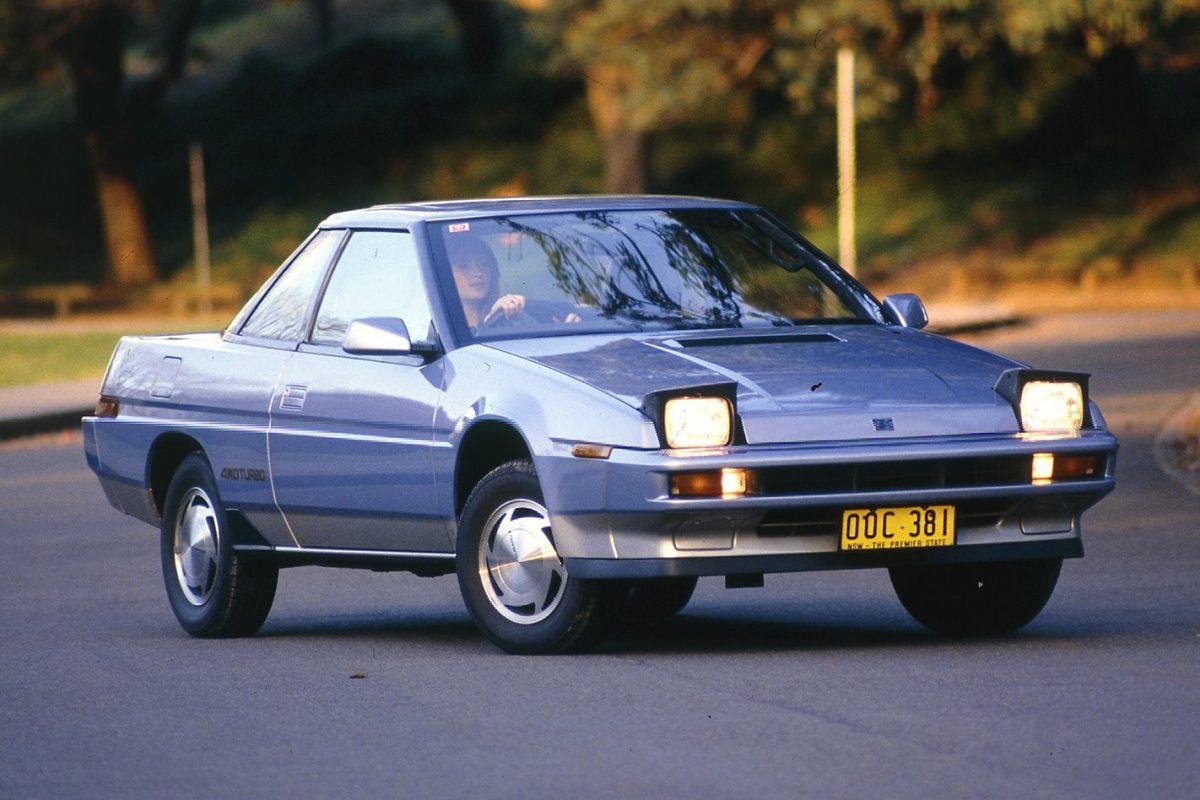 The 1980s were big years for vehicle sales and the range of models available to Australian buyers expanded rapidly.

Back in those days we had five local car manufacturers all competing for sales in several market segments. When Chrysler’s Valiant disappeared in 1982 and with Holden relying on a downsized, Euro-style Commodore, Ford maintained an older-fashioned approach with its full-sized XD-XF Falcon range and for the first time (in 1982) captured market leadership.

After threatening during the 1970s to overwhelm bigger ‘fuel guzzlers’ and become the first four-cylinder to head our market, Mitsubishi’s Sigma faded during the 1980s sales race. In 1985 it was replaced by the square-edged, ‘wide bodied’ Magna, a car that with a V6 engine from the outset would have become a sales sensation. However, Mitsubishi stuck with the Sigma’s 2.6-litre four-cylinder and an automatic transmission which suffered frequent and damaging durability problems.

A year later Nissan produced a nearly-memorable local version of the Japanese R31 Skyline. It also helped save Holden from financial catastrophe by supplying engines that allowed the VL Commodore to be compatible with Unleaded (ULP) fuel.

Toyota had built its fortune on the back of conservative Coronas and Corollas but by the end of the decade was selling some very different vehicles. Its front-wheel drive Celica broke with 15 years of rear-wheel drive tradition when it appeared in 1986, accompanied by a sleek new shape and outstanding twin-cam engine. Later 1990s models are still common but finding one of the desirable 1986-89 SX Liftbacks isn’t easy.

These and other imported models were familiar sights on Australia roads during the 1980s have all but disappeared and leave those whose memories have been jogged to start thinking; “When was the last time I saw one of those?”

Once-common models like the Mazda 323 and Ford Laser, Ford Telstar and Mazda 626, the BMW 733i and even Toyota Corollas have become quite difficult to find. To that list you can add 1980s Alfa Romeo, pre-1990 Audis, turbo-engined Subarus, the Mitsubishi Starion and sporty Nissans including the EXA, Pulsar ET and Stanza SSS.

Looking to the UK where rust takes an awful toll on older cars, the effects of attrition are frightening. Of the 4.1 million Ford Cortinas registered new in Britain between 1962 and 1982 just 4000 or so were still running by late 2019. With our milder winters and greater resistance of local cars to rust, several hundred more including some six-cylinder TC-TE models might survive in Australia as well.

The reasons why models that sold in significant numbers have become extinct or are under threat vary. Lack of spare parts or the high cost of parts that remain are a major factor when owners are deciding to choose the wrecker in preference to the repairer.

Rust in much older cars is a threat but also much easier to rectify than in later models where complex ‘crumple zones’ that protect occupants in a crash make even basic models quite tricky to repair.

Australia’s shift from Leaded fuel to ULP in 1985 and the phasing out of Super during the 1990s brought the lives of many older cars to a shuddering end.

Premium Unleaded fuel which older models needed was more expensive than the basic 91 Octane stuff. Then there was the need to install hardened valve seats to keep engines in good fettle. If this wasn’t done or a costly Lead Substitute wasn’t added to the fuel, engine damage would result and the car very likely was scrapped.

Over-arching all of that was a general absence of interest and values that even today remain persistently low. The products of HDT and HSV provide some star power to the era, so as well do Ferrari and Lamborghini models but there the roads of gold come to an end. Most BMWs, Jaguars, Chevrolet Corvettes and Mazda RX7s built during the 1980s will currently cost less than $30,000.

Unless you choose one of the rare ESP 5.8 Fairmonts, a turbo-engined VL Calais or VB SLE V8 Commodore then owning a 1980s Australian car will typically cost less than $15,000. Around that price you will also find US imports including Ford Mustangs, Pontiac’s Firebird and maybe an open-top Chevrolet Camaro.

Unless earlier vehicles suddenly become significantly more valuable there is little chance of a flow-on to 1980s cars. That is good news for anyone in the market for a useable, relatively affordable vehicle that is also easy to maintain and sustain.