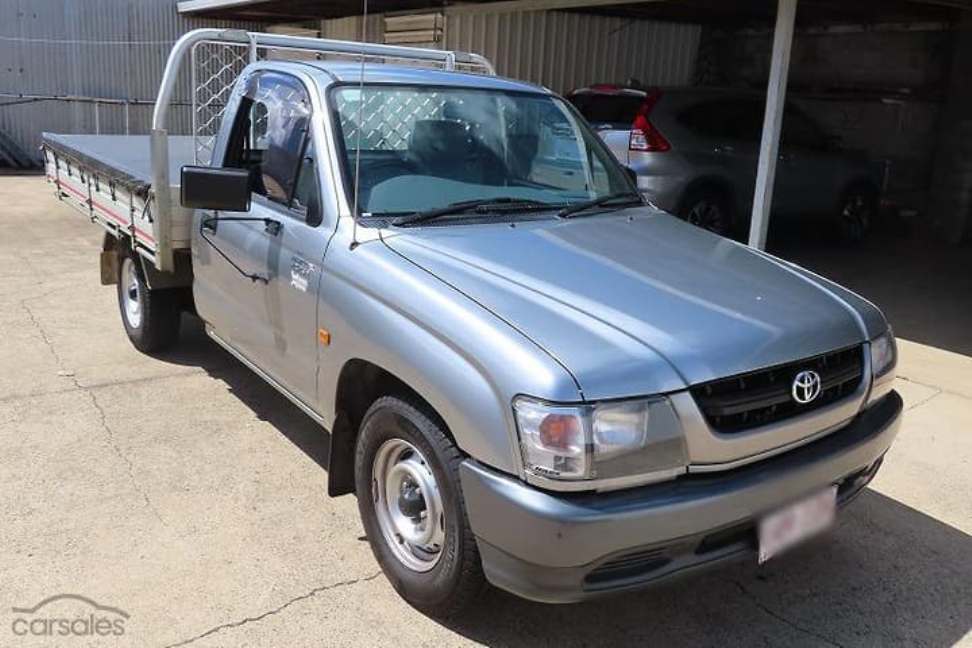 Toyota promoted its Hilux utilities as ‘unbreakable’ and some owners took them at their word. While they are undeniably a tough and durable thing, even a Hilux needs to be properly maintained and not treated like a bulldozer if you expect to avoid expensive repairs.

The Hilux first appeared on Australian roads during 1970 and decades would pass before the design changed to any great degree.

The Workmate that appeared in 1997 became a very successful model for Toyota; offered as a basic 2.0-litre package costing at $17,990. Dealers then encouraged buyers to add extras like air-conditioning, a driver’s airbag and of course trays of varying design.

At extra cost the Hilux was available with single or dual-cab ‘styleside’ bodywork and a 2.7-litre petrol engine. A 71kW, 3.0-litre diesel was also offered in Extra-Cab and Dual-Cab models.

Interior trim wasn’t sumptuous but is certainly durable. A Hilux with torn seats and trashed floor-coverings will have been worked hard and could be suffering costly mechanical problems as well.

Handling and braking ability is determined to a degree by the body that’s been fitted. With the lightweight tray and rudimentary springs, a Hilux will be skittish on wet or bumpy roads and liable to lock rear wheels unless there’s a load on board
Dual cabs have more weight over the back wheels but will still wag their tails on a loose or wet surface.

Single cabs will usually come with a simple metal tray and these need to be checked to make sure the sides and tailgate all release easily and the mounts aren’t loose or damaged.

4WD versions of the Hilux are very popular in rural areas and can cost more from regional sellers than the same vehicle bought in coastal centres. Those coming from ‘out west’ might also be less affected rust as well due to limited beach exposure.

Dual-cab versions are uncomfortable for those in the very upright rear seat so don’t buy one of these if you intend to trap kids in the back for extended periods. Air-conditioning is a worthwhile addition.

Be very cautious if a Hilux shows signs of neglect or hard use and the vendor can’t prove that it has been properly serviced. The camshaft belt in 2.0-litre engines needs changing every 100,000 kilometres and twin-camshaft petrol engines need their oil changed at least every 10,000 kilometres to prevent sludging and wear.