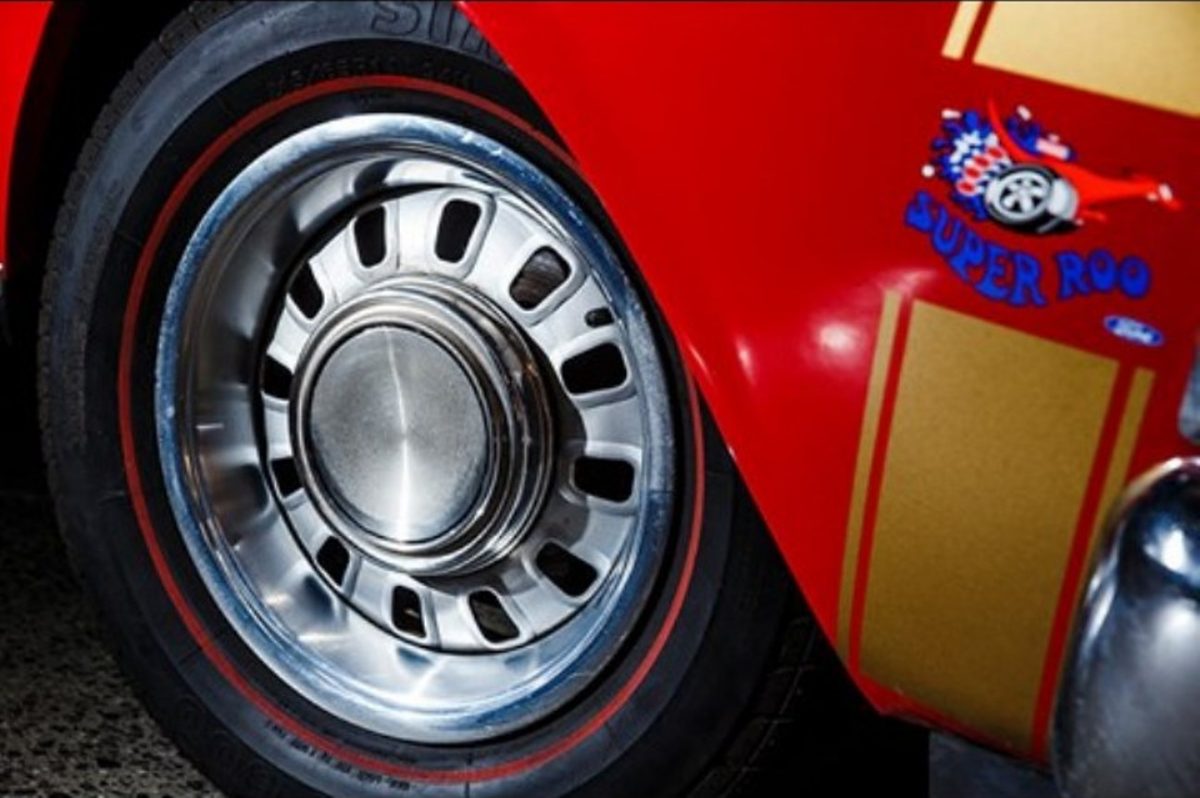 The term ‘muscle’ car is attributed to a US motoring journalist and the car he was writing about at the time; a 1964 Pontiac Tempest GTO. It was a modest beginning, however by 1970 muscle cars were being built in their millions and having a pivotal effect on the North American car market.

As a hint of what rumbled beneath, some had an air-intake poking through the engine cover, often feeding two or even three carburettors. Others like Australia’s Falcon GT with the ‘Super Roo’ had a silly cartoon character as their logo or even a ‘Meep Meep’ horn as fitted to Plymouth’s Roadrunner.

Historians will point way back to the 1940s and Oldsmobile’s Rocket 88 as the original ‘muscle’ car. It was fast, relatively cheap and mentioned in several popular songs of the 1950s. Then came Chrysler’s ‘letter series’ 300 with Hemi engines. These were not cheap and didn’t sell in big numbers, but they did win lots of Nascar motor races and promoted Chrysler products to a lot of car buyers.

The concept of a low-cost car with a big engine and ‘youth appeal’ surfaced in 1964 when Pontiac offered the ‘GTO Pack’ to help boost sales of its uninspiring Tempest.

Four years after the GTO had fostered a seemingly unstoppable trend, its own position in Pontiac’s range was under threat. By 1968 the car had grown larger and slower, it was also more expensive and becoming irrelevant in a market that was addicted to increasing levels of performance. Models feeding that addiction during 1969-70 included Ford’s Torino, the Dodge Charger, Plymouth Super Bee and Buick GS.

Even more significant was the emergence of a ‘super muscle’ category which encompassed cars like the L71 Chevrolet Camaro, Boss 429 Mustang, Dodge Hemi Challenger and related Plymouth Hemi ‘Cuda. These were among the fastest street-legal cars ever made – certainly the fastest accelerating. They were also way cheaper to buy than imported sports cars with inferior performance.

Of course, the party couldn’t last. By 1971 and with vehicle safety a hot topic in US political circles, pressure was on manufacturers to reign in the power race and improve the handling and braking abilities of their lead-tipped arrows.

Performance and big engines had become desirable in other places as well, with markets including Australia, South Africa and sections of Europe.

European brands had for many years been the source of high-powered and usually expensive luxury cars. Ferrari, Maserati and Mercedes-Benz led the pack and but during the 1960s it was Benz with its V8 and Jaguar with a V12 that was meant to win Le Mans but had to settle for Bathurst that showed the way.

Supplementing their efforts with the 300SEL 6.3 and XJ12 sedans were low-volume brands that generated performance by slotting big, US-made engines into coach-built bodies. Names that flourished during the Swinging Sixties included Jensen, De Tomaso, Monteverdi and Iso but most would be gone before the dawn of the 1980s.

Australia had two significant bites at becoming a Muscle Car manufacturer of world standard and bungled both of them.

In 1971 we were building the fastest dour-door sedan in the world and the fastest-accelerating six-cylinder car on the planet, but within 12 months both were gone.

Political reaction to even faster models under development during 1972 by Australia’s ‘Big Three’ manufacturers brought changes to local Production Car race rules and a rapid end to our most significant automotive products.

Local cars, while certainly not dynamically perfect, still handled with more precision and predictability than American equivalents. They also came standard with front disc brakes and seat belts which were extra-cost options on many of the United States’ most potent models.

During the 1980s and subsequent decades, Australian manufacturers and their subsidiaries again developed models that in every sense were ‘muscle’ cars but rarely described as such.

A sequence that began during the 1980s with HDT and HSV Commodores evolved into the SV300 and culminated in the W427. It revived this country’s position as a source of world-class performance models, but Holden didn’t have the field to itself.

Ford’s BA-FG GTs, the 2007 Cobra revival ensured the Blue Oval was not left behind. Even six-cylinder models like the TRD Camry and turbocharged Falcons were able to dwarf the performance credentials of 1970s legends yet were able to also fulfil the role of docile family transport.