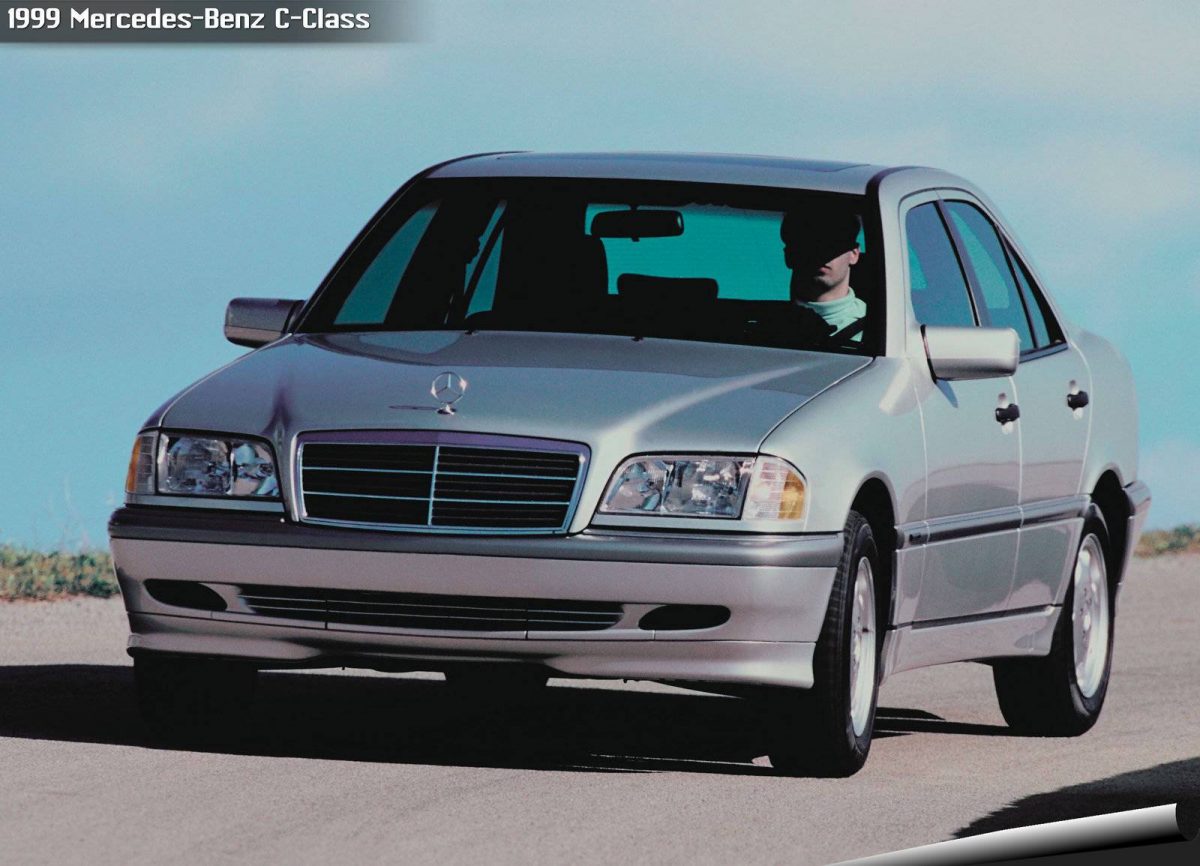 You’re in the market for a low-cost car so why on earth would someone suggest a model built by the best-known name in prestige vehicles?

Quite so, because In Australia we think of the compact Mercedes-Benz as a luxury car. Elsewhere in the world though, C Class are worked harder than most vehicles on the planet; as taxis, police cars and favoured transport of people who travel big distances.

Safety is a major benefit of owning a Mercedes-Benz. For decades, the German brand has led the way in occupant protection and these cars come with air-bags, ABS brakes, seat-belt pre-tensioners and one of the strongest passenger compartments available.

Buying one as the first car for a new driver makes a lot of sense but do remember that with parts and repair costs very high, even a small bump could be uneconomic to repair.

Considering these cars weigh around 1400kg and the C200 produces only 100kW, performance is pretty good. The 220 will accelerate to 100km/h in around 10 seconds and overtaking ability is impressive; 80-110km/h taking 5.6 seconds which is only an eye-blink slower than some V6 family cars. The restyled W203 model that appeared in 2000 can get expensive, however the entry-level C180 Classic is still very well equipped and affordable. It benefits from a more modern five-speed automatic transmission which helps with fuel consumption.

Handling isn’t sporty but C Class cars ride well even on rough surfaces and the power steering delivers excellent feel. A car that bounces over moderate bumps and has free-play at the steering wheel is due for some costly suspension work.
The C Class wagon is rare but worth searching for if you need to stow large amounts of cargo or seven people. Check that the ‘hideaway’ rear seat is easy to operate and stow.

Never buy a Mercedes-Benz without comprehensive and current service history and invoices that show which invariably-expensive components have recently been replaced. A car that’s been driven less than 200,000 kilometres and properly serviced should be no dearer to run than lesser brands.
However, major issues like an engine or transmission failure could end its life unless you can find second-hand parts at a reasonable price.