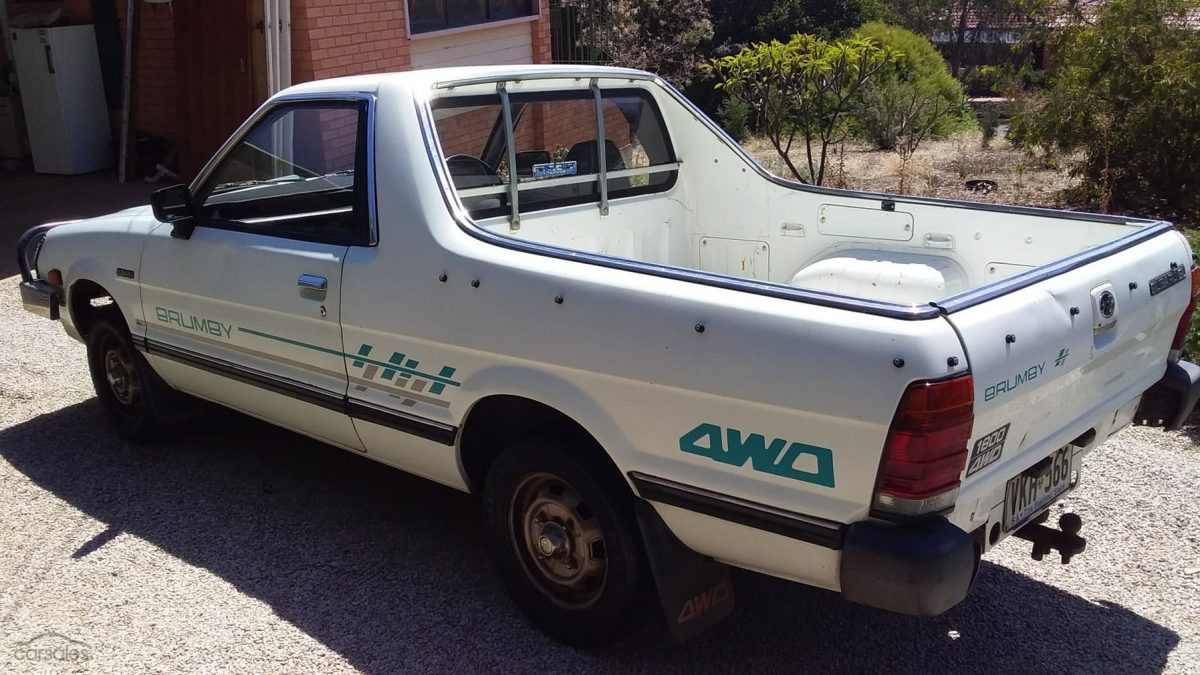 When looking for low-cost transport do you want something that can carry a load and be easily fixed by the amateur mechanic? Something you can give to an inexperienced driver and be pretty confident it will bring them home again safely? Here’s one.

Subaru’s improved Brumby utility was launched into Australia during 1984 and you would think after all this time there would be very few left. Not so, and simplicity is the key.

Unlike passenger models in Subaru’s L Series range (which are by now almost all gone), the Brumby engine ignored overhead-camshaft technology and stuck with easily maintained overhead valves. Even when the sedans and wagons moved to fuel injection, the Brumby kept its old-style carburettor.

This all contributed to a vehicle that could be easily maintained without a time-wasting trip from the farm to a dealer and many that are still running have exceeded 500,000km with a single engine rebuild.

The downside to sticking with old technology was the four-speed gearbox which made highway running louder and less fuel efficient than it might have been. However, the 4WD transmission is dual range and helps the low-clearance Brumby into and out of places it really should not be able to go.

Inside is sparse and simple too; vinyl seats and rubber flooring with manual windows. Most don’t have air-conditioning and only the scarce Sport with its lift-out roof panels had a cassette player as standard.

Some Brumbys will sit higher than others because owners have found the suspension adjustment points which give around 30mm of extra clearance. For serious off-roading there are also lift kits available for use with bigger wheels and tyres, however modifying the suspension affects stability at higher speeds and wears the tyres prematurely.

Rust is rarely a big problem with Brumbys.  This is due in part to effective rustproofing and because their limited clearance discourages beach use.

Constant velocity (CV) joints are prone to damage and the overhead valve train needs regular adjustment to minimise noise.  A new water pump every 100,000 kilometres accompanied by a radiator flush will control overheating but in general these cars are mechanically immortal.

Underbody scrapes are often evident, with crushed exhaust pipes and damage to the catalytic converter on ULP models as well. Check that the rubber boots on the rear driveshafts and front CV joints haven’t been damaged.

Brumby prices remain high for a vehicle of its age, but $5000 should secure a very good later model with a bull-bar and perhaps even the desirable rear canopy.

. overheating due to faulty water pump

. dents and rust in load area