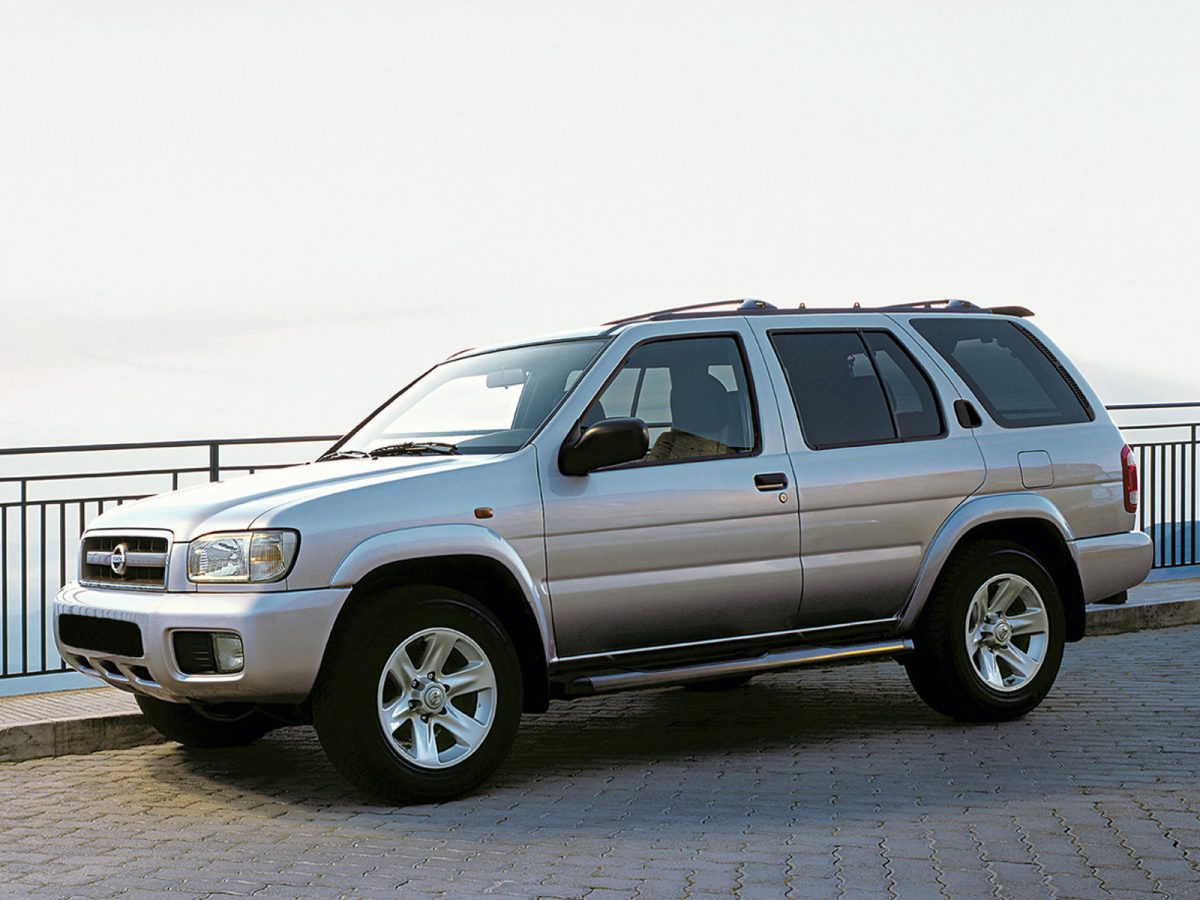 Nissan’s contribution to the mid-sized 4WD market was its competent and comfortable Pathfinder.

The 3.3-litre, WXII version released in 1999 came as a base-model ST and better-equipped Ti. Both versions used a 3.3-litre V6 that produced a modest 125kw; well down on some rivals of similar size.

Where the Pathfinder clawed back some credibility was in torque delivery – or pulling power – which arrived at only 2800rpm and made easier work of hauling boats out of the bay or your caravan over the Range.

Confirming that these were designed as a family wagon and occasional off-roader, the 3.3-litre Pathfinder came only with four-speed automatic transmission. Using technology developed for Nissan’s high-performance GTR coupe, power was normally channelled through the rear wheels; sending up to 50 percent to the front only when the back tyres began to lose traction.

Standard to the ST were power steering, windows and mirrors, air-conditioning, alloy wheels and a driver-only airbag. Jump to a Ti – which in today’s used market will cost only a little more than an ST anyway – and the passenger gets an airbag, the a/c gets a climate control function and there’s a sunroof which maybe is still working.

Efforts to improve the crash safety of this model had little effect as the crash test video of a US-market model showed. The airbags had little effect on potential driver and passenger head injury and the cabin deformed quite significantly during a 65km/h impact test.

With regular servicing the V6 should manage at least 250,000 kilometres before needing any major work. Wheel bearings and disc brake rotors wear quickly, especially if exposed to sand and salt water. If there are signs the vehicle has regularly visited the beach, make sure these items have been recently replaced or the selling price reflects the cost of having them done.

Check the substantial front bumper for cracks or damaged mounts. Even if you can find an undamaged replacement in a wreckers they aren’t cheap. Also ensure that the window switches work and the glass lowers quickly and without grinding. Also check the tail-gate struts and while there ensure the load area carpet and plastics haven’t been trashed by careless previous owners.