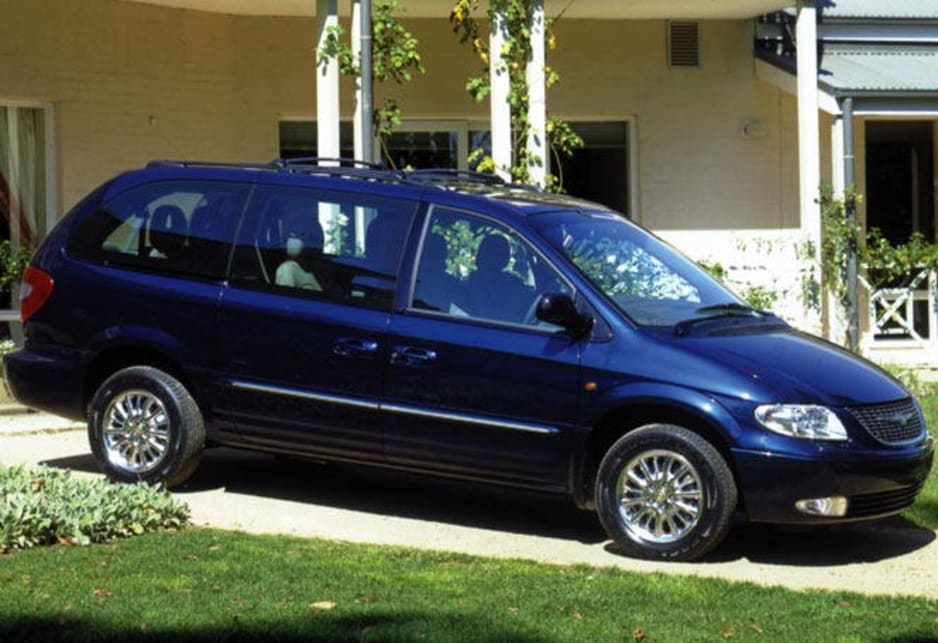 Throughout the 1980s, Chrysler had been a pioneer of the North American mini-van movement. During that time, Voyagers were derived from the boxy Dodge Caravan but 1996 brought a Gen. 3 version that was handsome, spacious and well-equipped.

Within months of the new model’s release, right-hand drive versions built in Austria were en route to Australia and delivering viable competition for Japanese and Korean passenger vans.
The 1997 range began with a short-wheelbase, $45,000 SE and ran through to the Grand Voyager LE at $53,800. Most significant in defining basic and ‘Grand’ versions was a 152mm increase in wheelbase for improved passenger leg-room.

The Voyager range was powered by a durable and torque-laden 3.3-litre V6, with four-speed automatic transmission mandatory. At 116kW the first Voyager V6 had only slightly more power than a four-cylinder Honda Odyssey but delivered 25 percent more torque.

The basic SE was equipped with dual air-bags, ABS, power front windows and air-conditioning. Stepping up to the longer Grand Voyager delivered additional space but little else to justify a $5000 price jump. For better equipment, buyers had to cough up for an LE version with leather trim, alloy wheels, power front seats, remote locking and roof-racks.

The RG Voyager introduced during 2001 brought a more powerful version of the 3.3-litre engine, a new grille and larger headlights. Side-front air-bags were standard across the range, with a CD stacker and interior upgrade for the SE.

Ride quality even with a load aboard is good and compensates for handling that can see the van lurch and lean in tight bends. Up-spec models with larger, lower-profile tyres should deal better with Australian conditions than early versions.

Brakes are a Voyager weak point. All versions came standard with ABS but drum rear brakes on SEs and pre-2001 Grand Voyagers can overheat during long descents or when the vehicle is heavily laden. Air-bags were standard from the outset but that didn’t save early Voyagers from poor scores in crash tests around the world.

Fuel consumption is claimed to average 13L/100km but when carrying a full passenger load or towing can send it into the 20-22L/100km bracket. When slurping at that rate, the 75-litre tank is only just adequate for the distances Australians like to cover between fuel stops.

CHECK POINTS
. Transmission slow to respond when slotting from a forward gear to reverse
. Oil leaks from the timing cover, cylinder heads and bottom edge of the transmission/engine joint
. Coolant leaks from the heads and oil contamination
. Worn, noisy front suspension bushes and ball joints
. Check sliding doors and tailgate to ensure they don’t bind or jam
. Remote-opening doors can suffer electrical problems.