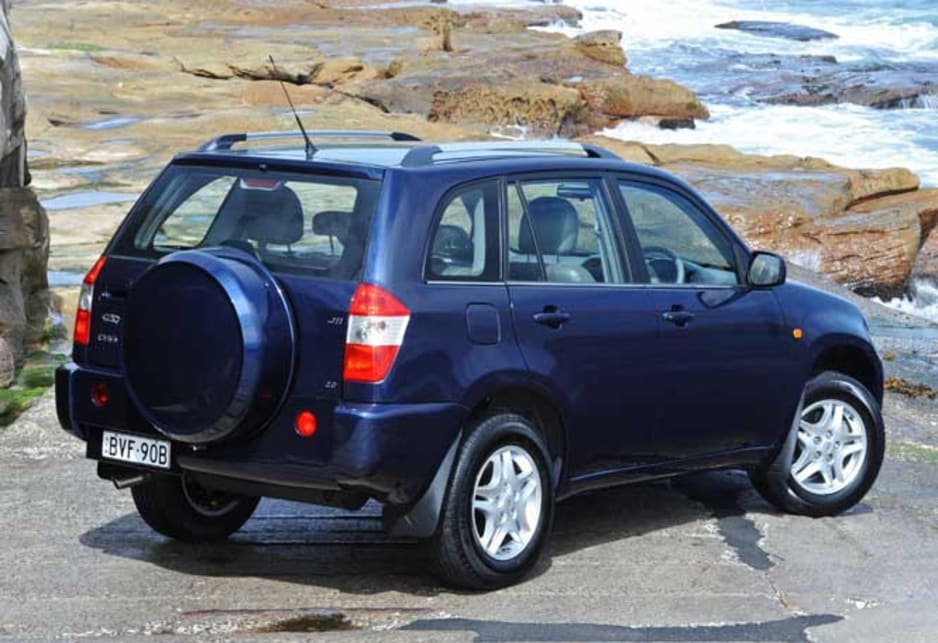 When China set its sights on a slice of the Australian car market it could have come to the table with something a bit more palatable than the Chery J11.

Price was the point of the exercise though and at $17,990 drive-away the J11 manual delivered an inviting package to people who wanted a brand-new compact SUV at around $8000 less than something similar from Europe or Korea.

The downside that became screamingly obvious when the Chery came under close scrutiny was an outdated design, flimsy build quality, appalling attention to safety and less efficiency than the mainstream designs.

The Chery engine was a conventional overhead-camshaft 2.0-litre with a five-speed manual gearbox or optional ($2000 extra) automatic. The final imports had 1.6-litre engines and less power.

With its chunky stance the J11 looked set to rival the Renault Koleos or Kia Sportage but there was no All-Wheel Drive option, nor was there enough clearance to tackle anything more challenging than a decently maintained bush track.

Chery products didn’t impress the fleet market and cars that sold here went mostly to private owners. Some of those owners have covered fewer than 5000 kilometres a year and their cars may accordingly be priced above our recommended maximum. The cynical might also wonder whether the low kilometres are symptomatic of a car that was a fixture of the dealer’s service department.

Electrical issues dogged Chery models from new and owners reported dealer responses to recurrent faults were less than helpful.  Although local Chery sales ended some time back, a list of former dealers does exist on the internet and some will still maintain cars that they sold.

Spare parts availability remains an issue so check before buying to avoid having your cheap transport become an expensive cubby-house due to the lack of a crucial part.

Front-end wear manifests in clunks, rattles and steering play, indicating bushings and possibly the suspension struts need replacement. Avoid any car with leaking power steering or steering play because replacing the rack and pump could cost more than the car is worth.

Check panel edges including the lower doors and the bonnet lip for rust, bearing in mind that new parts might be hard to find. Early versions were recalled due to asbestos in brake and mechanical components.